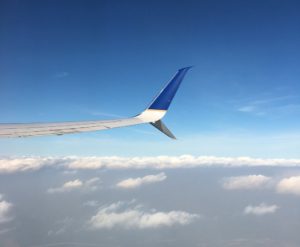 Okay, all you road warrior, top-tier elite status mongers, this post is probably not for you. Move along so the rest of us can talk freely—about 2017 mileage runs for small-time players.

We aren’t even in the same league.

Let’s face it, folks, more than a flimsy curtain separates us from the big-league fliers at the front of the plane. Most of those people have mileage accounts that average fliers can only dream about. Whether they fly for business or pleasure, they count miles by the thousands and tens of thousands, not the hundreds.

When my super road warrior buddy, John (who flies 50 weeks a year, often more than once per week), heard that I was flying all day next Tuesday just to get my Premier Silver status on United his reply was expected.

“Why do that to yourself for Silver?”

As a travel writer, I probably fly more than most, but my flights are scattered among multiple carriers based in part on the destination, and usually on which airline has the lowest priced airfare to that destination. My tickets are sometimes paid for by host hotels or cruise lines and I have little or no say in the choice of airline. And when I buy my own tickets, it will usually be the cheapest flight I can get, regardless of the carrier.

That does not mean that I don’t study what the status big leaguers have to say, with the hopes of applying a bit of their advice to my own meager mileage accounts should the stars align in my favor. So here’s what I know about mileage and status runs for the rest of us.

The season for 2017 mileage runs starts NOW—what does that mean to normal travelers?

At the very least, it means if you are a member of any airline frequent flier programs, now is the time to audit your accounts. Here’s what to check for:

When could a few extra miles help you?

Mileage runs are not just about gaining status within the airline’s FF program. There are occasionally times when flying a few miles could save you from needing actual dollars to buy a ticket for your next trip. 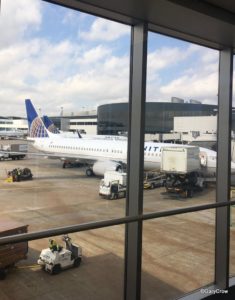 I searched for Dallas to Paris on United in April and found that many of the flights are 60K miles or $3,000 round trip. If my mileage account has 57.5K, then a mileage run that nets the 2.5K I need might be in order.

But why not just buy the miles rather than fly them? That depends on whether you are also close to a status bump. In my case, the 2.5K meant the difference between both the miles needed for the Paris flight AND achieving Silver status.

The thing to remember here is that purchased miles are only for award travel; except in rare cases, they gain you nothing toward status. That means that my butt needs to be in a cheap seat going somewhere netting 2.5K miles. If you aren’t close to a status breakpoint, buying miles could be the easiest option but it never hurts to compare the costs head to head.

But is status even worth it?

With the new tighter restrictions on awards and spend-based frequent flier tiers, the programs are definitely not as valuable as they used to be, but the perks that remain may still be worth the trouble of making a 2017 mileage run. For mileage hounds angling for top-tier status levels, it’s easy to scoff at flying extra to gain the lowest levels, but here’s what it could mean to the rest of us:

Each airline has different offerings, but at the very least, the lowest tier of status gets you some of these perks. The baggage fees alone could be the deciding factor—they were for me. I have a Chase United Explorer credit card that gets me one free bag, but only if I buy the ticket with that credit card, so there are times when I am stuck shelling out $25 at the check-in counter for my bag.

Where are the deals on 2017 mileage runs?

If you’ve decided to go for a mileage or status run this season, Google Flights is a good place to start looking. The calendar view makes it easy to see the sweet spots.

NOTES: Be careful not to accidentally book into the new “basic” classes of economy on the majors, which may not earn award or status miles. Also, if you are angling for status, be sure to read the program details to make sure you can meet not only the mileage minimum but the dollar spend requirement. United’s program lets you waive the spend requirement with an annual credit card spend of $25,000—which is not too bad if you have been using the card a lot during the year.

The bottom line on my own mileage run is that for $130 and a day of my time, I get a few extra conveniences for all of 2018 plus the miles I need to book my roundtrip to Paris—in the back of the plane where real people fly.

Even if you don’t jump into the minor leagues of mileage and status runs this year, start planning your trips for next year. Who knows, you might just get called up to sit with the majors if you play your points right.

Need a few tips for getting MORE out of your travels?

Want to know how to earn miles on Southwest Airlines WITHOUT flying?

Check this story by Debra Schroeder