Dolphin swim experiences are an emotional and controversial subject. I have personally always felt torn between a love for marine animals, which includes a strong desire to see them, and a firm belief that those desires should never be satisfied at the expense of the quality of their lives. As a scuba diver, I do not believe in causing harm to even the tiniest sea creature. My best experiences under water come from observing and respecting life in the ocean and one of my greatest joys as a travel writer is to share what I have been privileged to see, hopefully infecting a few others with my case of oceanitis.

It was with trepidation then, that I recently participated in an organized dolphin swim at a destination in the Caribbean. I am not naming the facility, or even the location because I want to be clear that this is not a promotional story. My participation in the swim was not comped and I did not inform the facility that I was a journalist. My only goal here is to share my experience and my opinions about it.

I am privileged to see dolphins in the wild on occasion—and had, in fact, seen a few during the days leading up to my organized dolphin swim. Seeing them in the wild always feels brief and fleeting—leaving me longing for more. Like any encounter with wild animals, there is a moment of excitement followed by a let-down.

“Come back,” I always think. “Let me really see you. Let me know you.”

It’s a crush. It’s easy to have a dolphin crush—I mean, who doesn’t, right? From idealized art to stuffed animals to movies and television, we are programmed into our dolphin crushes from an early age in our society. I grew up on Flipper; my daughter grew up on pink and purple Lisa Frank dolphins.

But crushes don’t move us to action. We don’t move across continents based on crushes. We don’t change what we eat or what we wear, or how we live our lives based on mere crushes.

It seems we must fall deeply in love with its inhabitants before we care enough to protect the sea.

And that, my friends, is the reason I believe that dolphin swims serve a purpose—but only when there is some form of education included, and only when the dolphins are properly cared for.

The facts about my dolphin swim:

When is animal domestication okay?

This is the real question we must answer. We find it perfectly normal in our society to have domesticated horses for thousands of years for the purposes of transportation, work, entertainment, and companionship. I am a horse owner. I do my best to provide a good life for my horses, and never participate in horse-related activities where the horses appear unhealthy or abused. But who determines what is abusive to an animal that cannot speak for itself?

Do the people who protest dolphin swim encounters and advocate for the release of these dolphins also feel that my horses would be better off running wild somewhere?

I can tell you that they would not be—not only because they are deeply domesticated and dependent upon human care, but also because there are very few places left on the planet that can sustain large herds of wild horses, and the few locations that can are often a cruel environment for the animals. They live shorter, harsher lives than most domesticated horses.

The dolphins at the facility I visited were cared for as well as (or better than) most domesticated horses and were not captured-in-the-wild animals. These dolphins do not know how to care for themselves adequately in the wild; they are as domesticated as my horses. And much the same as horses, they seemed to enjoy the stimulation of interaction with their human companions.

We could have the same conversation about dogs and cats. Humankind has domesticated them for our own enjoyment. Is that unethical? Only a tiny minority would answer yes.

The key for dolphins is finding a balance. 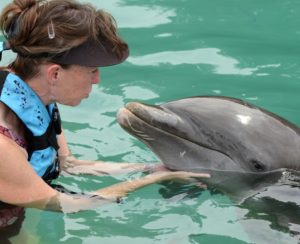 What troubles me far more than well-cared-for pods of dolphins used for entertainment is the destruction of the environment where dolphins live in the wild. If we continue to destroy the oceans, dolphin swim encounters may someday be the only way to see these beautiful and intelligent marine mammals—just as most of us now only enjoy horses in some sort of performance.

The survival of dolphins in the wild may very well depend on their domesticated counterparts. If even a handful of people who participate in dolphin swims falls in love and subsequentially changes their habits for the betterment of the oceans, then I am okay with well-managed programs.

What you can do:

Read more about saving our oceans

What are cruise lines doing to keep the oceans cleaner?

Read the details on Travel Pulse

Here's what one mom is doing to cut the plastic habit 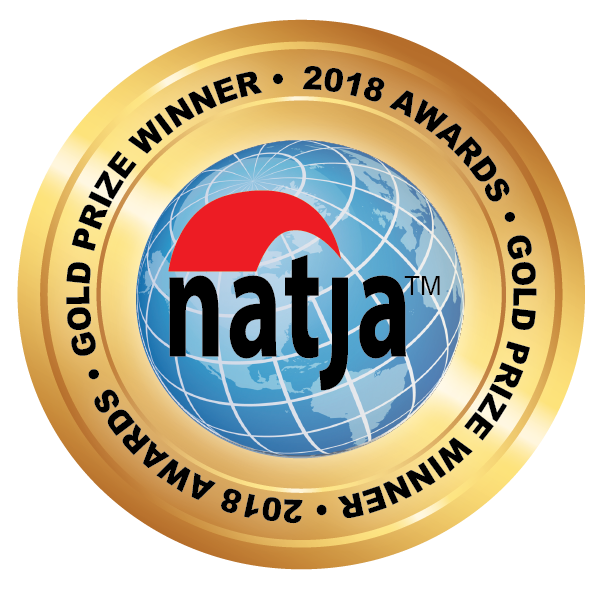