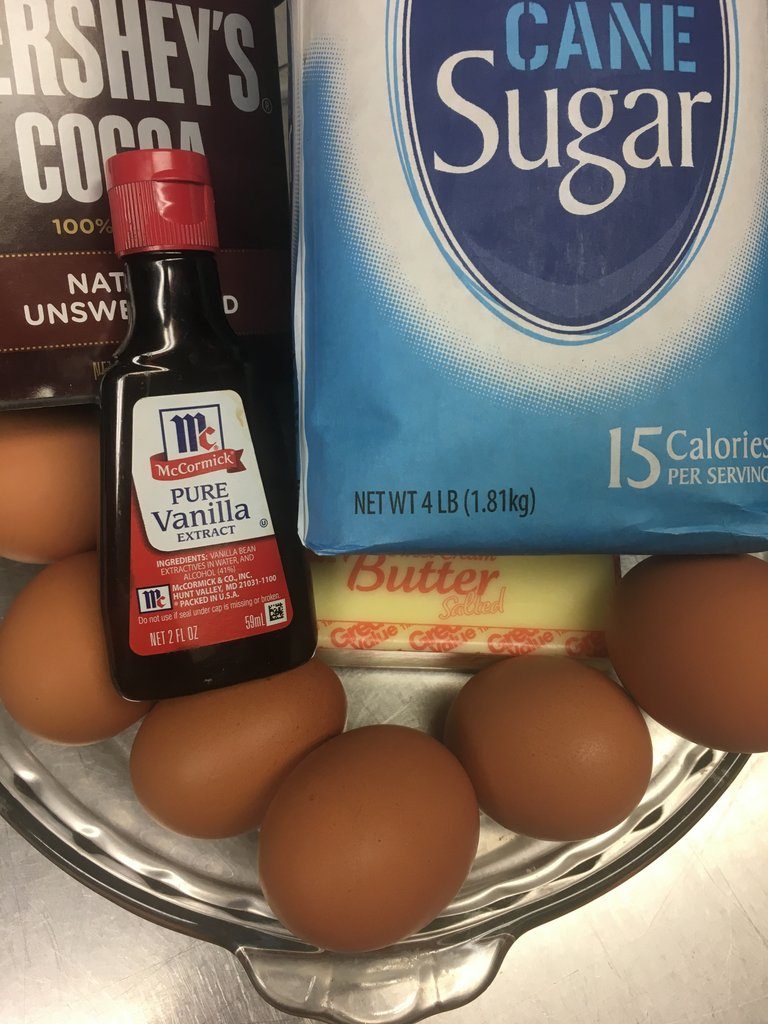 Let’s talk about pie. It is National Pie Day, after all. Pie is the perennial favorite dessert. You can get a good slice of pie almost anywhere, but great pie is hard to come by. Great pie requires the perfect ratio of sweet filling to flakey crust that has just a hint of saltiness to break up the sweetness. Great pie usually has few ingredients, and rarely requires topping. That does not mean that it can’t be enhanced by a scoop of ice cream or a dollop of fresh whipped cream, just that it can stand on its own.

Of all the desserts we served in the steakhouse over the course of sixteen years, we never dared remove the fudge pie from the menu. It was our most sought after, and most secretly guarded recipe. I used to tell people I could sell them the recipe, but that it came complete with a fully stocked restaurant, so the price would be steep. When we started serving it, it was not a very common pie. Now I see similar pies served in other restaurants.

I can’t lay claim to the recipe; it was given to me by Betty Jones, our first waitress. Betty taught me half of what I know about running a restaurant in a crash course our first summer in business; the rest came to me slowly, often painfully, through sixteen years in the kitchen.

Don’t worry if you can’t make a perfect pie crust; I can’t either.

What I learned from this pie is that the crust doesn’t always have to be the star of the show. I am a big fan of the perfect pie crust, mostly because I can’t make one. But this fudge pie does not require such perfection. If all of the other ingredients are top quality, the filling will do just fine in a crust straight from your grocery store’s freezer section. If you ate fudge pie at Mel’s Steakhouse, I can almost guarantee that you ate frozen pie crust. Yes. Really. The gooey fudgy filling is that good.

Our fudge pie is easy enough to make that we knew that we could hand the recipe to new hires in the kitchen and with a little coaching, know that the pies would turn out okay. The hard part is timing the baking. I can’t tell you a baking time. I know, you hate to hear that. Stop hurling kitchen utensils at the computer.

It’s all about the jiggle.

Start with 30 minutes, then keep an eye on the pies until the crust starts to brown and the top of the filling begins to crack. But it must pass the jiggle test. That is to say that the filling should still jiggle slightly when you move the pie pan. Notice I said “jiggle” not “slosh.” The jiggle is the secret to a gooey center. If you bake the pie too long the filling will begin to get cakey and the top will get hard.

The pies will have a slight rise, but not much since there is no leavening like baking powder in the mixture. Don’t worry if the top collapses a little as the pie cools. You are probably going to top it with a scoop of ice cream anyway, right?

Keep in mind that the pie needs to cool to room temperature before slicing, but should be warmed slightly in the microwave before serving. It freezes well.

Without further delay, I present:

Whisk all ingredients together in large bowl until smooth. Do not over mix. Do not use an electric mixer. Pour mixture into 2 unbaked pie shells. Place pies on baking sheet on center rack and bake at 350 until top of filling is crusty looking and pie crusts are golden brown. There should be some slight “jiggle” movement to the filling when you remove the pies from the oven.