by Melinda Crow | Food & Drink, More to the Story, recipes 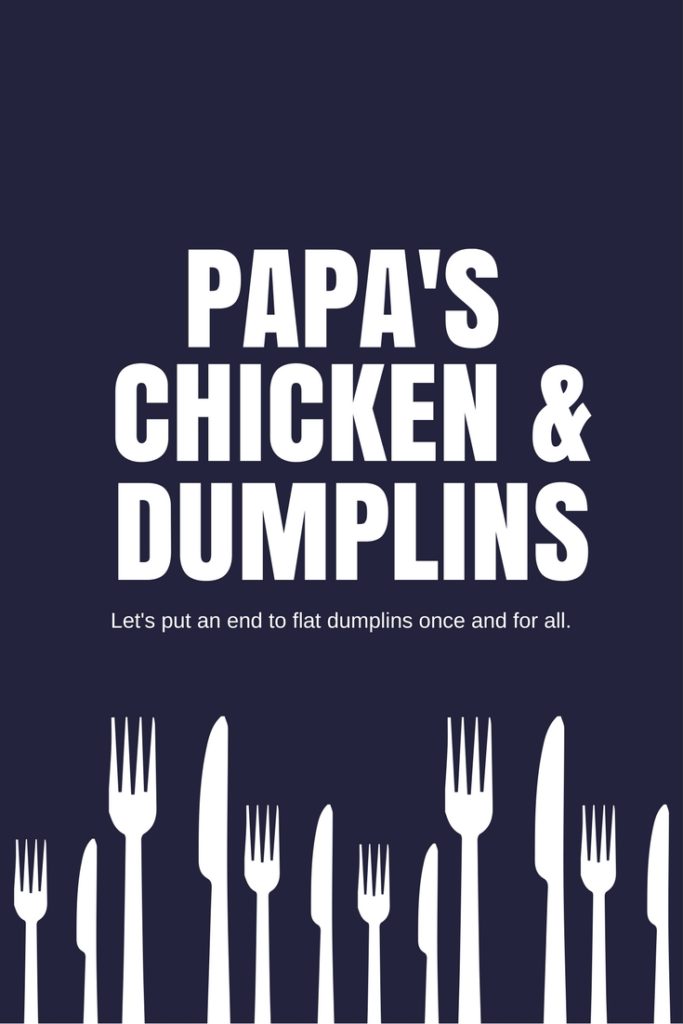 My grandmother made flat dumplins. Rest her soul. Does anybody really like flat dumplins? And why would you go to all that trouble when big, fat fluffy dumplins are actually easier to make?

My grandfather never told her he didn’t like the flat ones. Just as he ate her overcooked pot roast, her green jello salad, and her hard-yolk, crispy-white fried eggs, he ate those flat dumplins. Except when he didn’t.

Papa and I had an understanding. Sometimes on chilly weekdays I took a break from writing and made a pot of chicken and dumplins just for the two of us. Nothing was ever said to Mama. He would tell her he was going to get a bite at the drug store (where he used to take me for burgers and soda when I was little), and since sitting on a swively counter stool in the back of an old drugstore eating a greasy burger was the last thing she wanted to do, she never questioned him.

Our illicit lunch was shared at my kitchen table, watching the birds at the feeder outside the bay window. Sometimes we talked; other times we didn’t have much to say. It was always that way with us– silence just as comfortable as aimless chatter.

Years later when Gary and I opened the steakhouse and decided that my soups deserved a prime spot on the salad bar, I found a new group of dumplin lovers. I regularly received marriage proposals over those dumplins.

There must be lots of women who serve their husbands flat dumplins.
Let’s put an end to that today, shall we? Here’s everything you need to know to make the dumplins your dumplin longs for.

The secret is that there is no secret.

There is no secret to making great dumplins. I use the recipe on the side of the Bisquick box.

There are a few tricks to make them easier and have them turn out perfect every time. 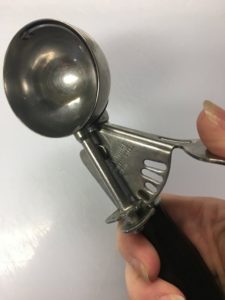 Here’s my 1 ounce scoop– the perfect size for dropping dumplins.

As with most cooking, the proper tools can make all the difference in the world.

Need a 1-ounce scoop? Here’s the link to get one on Amazon.