Breaking Bread and Barriers: Lunch with a Slovenian Millennial and a Vintner

Is there such a thing as too much Slovenian wine? Not if it connects you to the people.

As much as I love cruising, cruise travel can make it difficult to break through the barriers that separate us from the people of a port city. We disembark (that’s a rather cold word, don’t you think?), we wander a bit, we perch up high above the streets in our air conditioned tour buses, we shop, and then we leave, photos and trinkets our only reminders of the place that once occupied our “must see” list.

From the moment we set foot on a ship, we are moving forward toward the final port of call. Cruise lines like Viking make it easier to connect to through destination-focused travel, but it still takes effort to slow the pace, step away from the tours for a bit and make a connection to a destination through its people.

Recently, on our Viking cruise in the Adriatic, we had an unexpected opportunity to sit for a long and leisurely wine-soaked lunch with a vintner. What was unexpected about it was that we had a private tour guide, whose only job was to ensure that we saw and experienced as much of Slovenia as any pair of travel writers possibly could in a six hour port call—hopefully enough to generate interesting stories that would help the Slovenian Tourist Board (who was paying his wages for the day) promote their lovely, but oft-overlooked country.

They got their money’s worth from the young man. 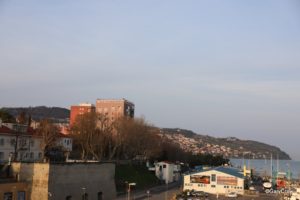 He picked us up at the cruise port in Koper on a clear and sunny morning. After brief introductions and handshakes, we popped into the tiny car the tourist board had rented for him to drive us around. We first visited the amazing Skojan Cave Park. We arrived early, before the park opened for the day, allowing us time for tea in the park’s small café.

That was the moment when we should have realized that our tour guide would be more than a guide—he would be the connection that made Slovenia a real place for us, not just a destination we would write about.

In terms of wow factor, we thought it would be hard to top the cave, with its river rushing through so violently that the air hung wet with spray inside. But at our next stop, we fell in love with the gentle Lipizzaner horses at the Lipica Stud Farm. Our guide seemed to enjoy both attractions as much as we did. 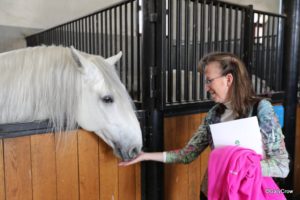 In the car between stops, he chatted about the youth of his country, shared his love of ski jumping, and told us about his grandmother who had resided in four different countries while living in the same house her whole life. We talked about war, the problems created by gambling establishments, presidential elections, and climate change—the same topics we might discuss with our Millennial nephews.

Then there was lunch (with Slovenian wine, of course). 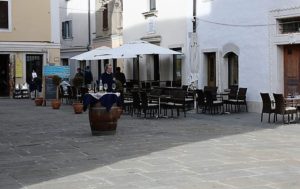 The fishing village of Izola perches on the tip of a peninsula that was once an island. The residents retain much of their Italian heritage from years under that country’s rule, including a love of wine, winemaking, and long lunches.

We met the owner of Zaro Wines in a tiny hidden piazza that is home to his Manzioli Wine Bar. He had prepared appetizers and our first bottle of Slovenian wine, all served atop a wine barrel in the center of the piazza. We soaked up the local color and his tales of the history of the buildings around us over fresh bread, prosciutto, and cheese. In that moment, life was good.

Until it got better. Next, we met the proprietor of a charming corner eatery, Bujol, who proceeded to feed us—Gary, myself, our Millennial guide, and the vintner, with course after course of fresh seafood, meats, and pasta. And as we sat together at a long wooden table in the warm spring air under the café’s awning, the wine and conversation flowed freely.

We learned the hard facts of the Slovenian wine industry—that small vintners could never produce enough to satisfy the volume demanded by exporters nor do most care to. (Which means of course, that the only way to drink Slovenian wine is to visit Slovenia.)

We learned that the vintner’s own brother is more interested in playing American basketball than in continuing the family tradition of winemaking. We talked about food from the sea, the pros and cons of synthetic corks, and Melania Trump.

We learned about orange wine—white wines produced like reds with the skins left in contact with the wine for extended periods of time, generating higher tannin levels and fuller bodies. The practice began when winemakers wanted white wines that lasted longer in the cellar.

We were once again reminded that winemaking is as much a love affair with the earth as it is a passion for chemistry. And throughout our leisurely lunch we also remembered that great conversation, hearty food and a love of good wine are all borderless.

And then somewhere around the fourth (or fifth?) bottle of wine, we realized that we were going to be late returning to the ship.

We have come pretty close to missing a cruise ship before, but this one was far too close. Even with our Millennial driver racing through 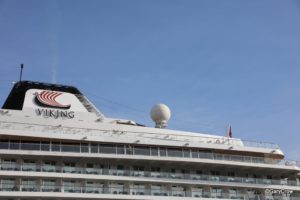 afternoon traffic from Izola back to Koper, we missed the all-aboard time by almost half an hour. We have never been so happy to see a ship sitting at a dock! It was actually time to set sail as we jogged up the gangway.

Once back in our cabin we threw open the balcony door, certain that the ship must be already untied and pulling away, only to discover the reason the ship had been waiting there with its gangway still open when we arrived—an ambulance had arrived on the dock below us and a passenger was being wheeled onboard the ship on a stretcher. Our unlucky benefactor seemed chipper, but with an obvious (and hopefully minor) leg injury.

A quick glance at the street beyond the gated port told us that our young guide had seen us safely back on board and departed. Did he return to the café in Izola for the dessert we had hastily declined, or was he simply returning the rental and heading home in his own car pondering his day spent with American travel writers?

Why we use grocery shopping to connect to people on our travels.

Read the story on Travel Pulse.

Considering taking the kids to Slovenia?

Why Slovenia Needs to Be on Your Must-See List

#traveltruth disclaimer: We were hosted on the cruise by Viking Cruises and the Slovenian Tourist Board provided our guide, entrance to the attractions, and our lunch. Opinions are my own—although somewhat influenced by the tasty Slovenian wine. 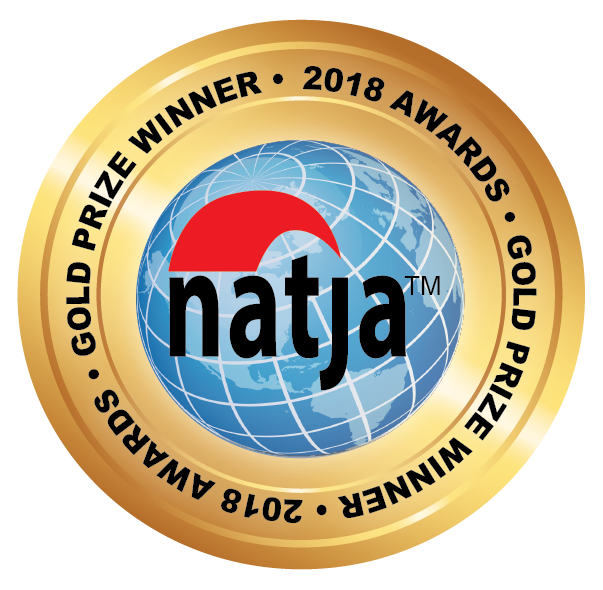