As much as I believe in the power of words, I concede that a good photo can convey the essence of a journey perhaps even better than mere words. Here are a few images of the 1,700 Gary took on our cruise with Viking Ocean Cruises from Venice to Athens. Enjoy! 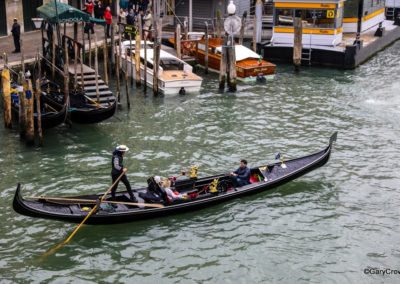 Boat Life. Gary had a hard time looking at anything but the boats. 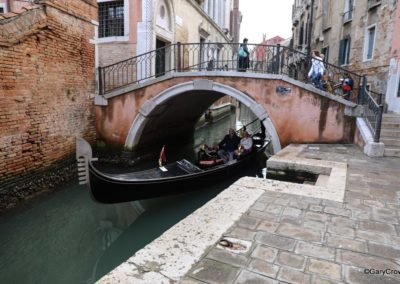 The bridges of Venice provide the perfect frame for images of this intriguing city. 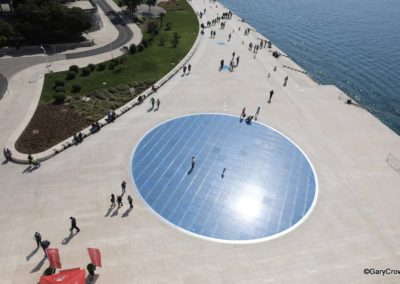 This massive solar panel puts on a light show every evening after sunset. Beyond it beneath the steps of the causeway is the sea organ, which plays rich tones as waves push air through pipes embedded in the concrete. 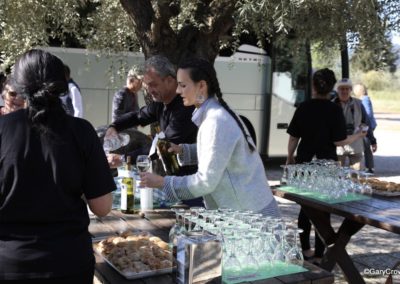 Wine and olive pies were part of the warm welcome we received at the Magna Grecia Farm where they grow olives, grapes, and oranges. 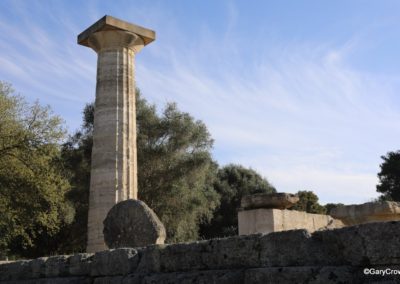 Not far from the port of Katakolon is the original site of the Olympics. It was fascinating to explore the ruins and imagine the pageantry of the games. 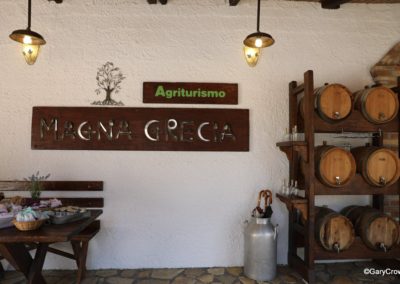 This farm was a shining example of what happens when agriculture and tourism come together. 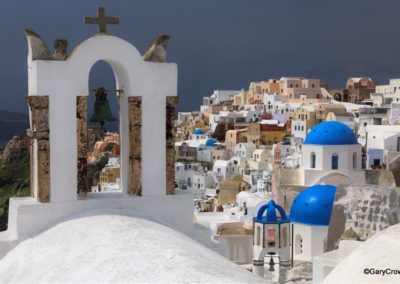 Our second trip to Santorini came with gray skies, but when the sun finally peeked out, the images were even more stunning for the contrast with the dark sky. 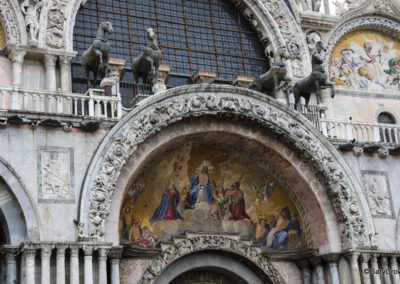 The colors of the building were breathtaking. 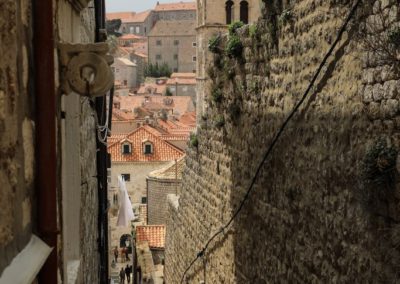 It is impossible to describe the beauty of Dubrovnik, so I will let this photo speak for itself. 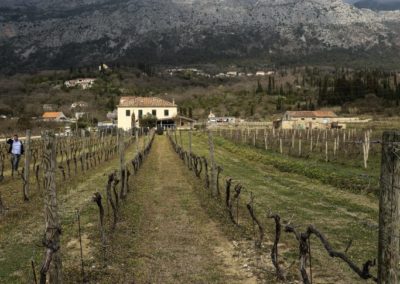 Not far from Dubrovnik was this enchanting winery. The man on the left is the vintner, running to greet his guests. Inside the farmhouse, he and his wife told us the story of their wines as we ate and drank the afternoon away. 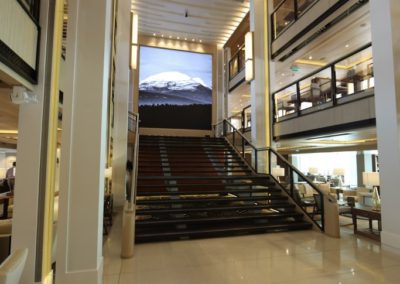 The image at the top of the stairs was digital, changing from one amazing landscape to another. 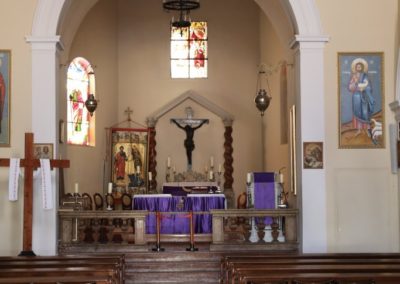 The old city of Corfu is a maze of Venetian-style buildings, and pedestrian thoroughfares. This quiet church caught Gary’s eye. 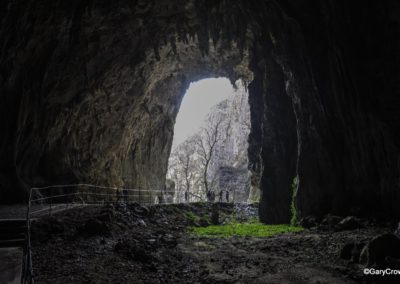 The cave system in this park is a UNESCO World Heritage Site. It was perhaps the most stunning cave we have ever been through. (Sorry, Carlsbad Caverns.) 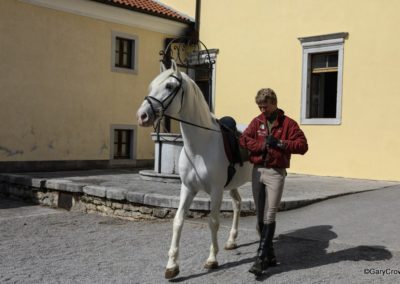 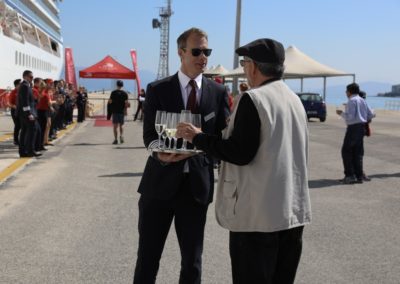 In some ports, the staff and crew rolled out the red carpet as guests returned from adventures in port. This was in Corfu, where we were greeted with song, dance, and champagne. 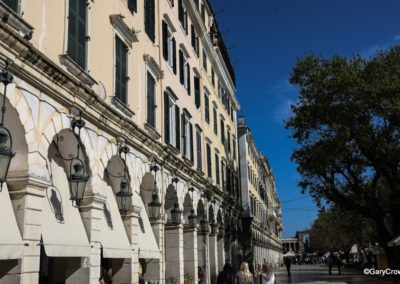 Though most of the old city had Venetian influence, this thoroughfare had an unmistakably French look to it. 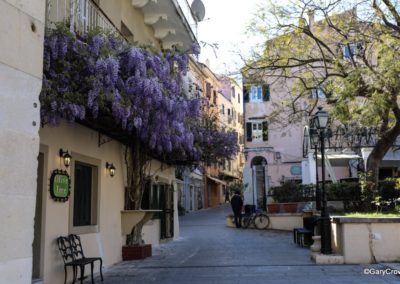 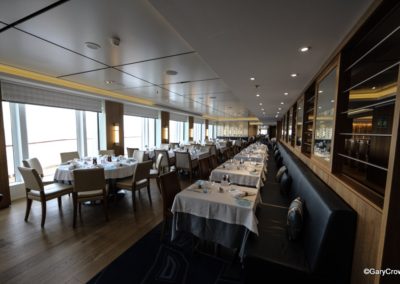 Meals in the main dining room on board the Star were comfortable. I especially liked the throw pillows– as if you were simply dining at the home of a friend. 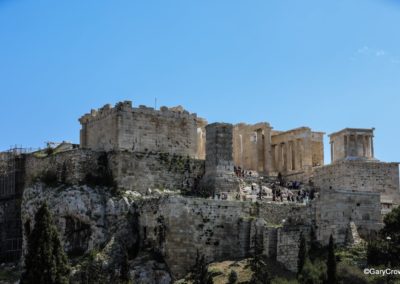 This was shot from a small rocky outcropping called Aeropagus Hill where the Ancient Supreme Court was situated. 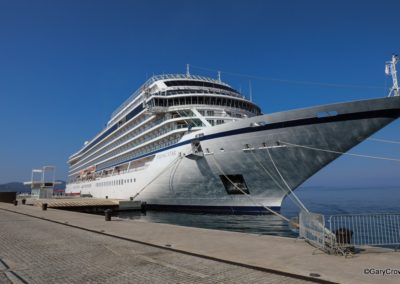 Get to know the ships of Viking Ocean Cruises

Taking the best pictures on your cruise, may involve more than your iPhone.